Parking off at Parklife in the 031

What could be more Durban than chilling on the grass under palm trees with mates, sipping on ice cold beers and listening to some of the best artists this country has to offer? Not very much I tell you… Durbs is just too kiff.

On the 11th June, we packed our picnic blanket and headed down to the Durban Botanic Gardens for the inaugural Parklife Gourmet Street Food and Music Festival. Trust us, it was so incredible that we have spent all the time since feeling sorry for ourselves that it is over (we are counting down the days until the next one!).

On a side note: Well done Durban, what incredible support!!

It was so great to see the large diverse crowd singing and dancing all through the day. Trendy teenage girls, relaxed groups of families, boets, grandparents and even a few couples still in the “honeymoon phase”  – who could blame you, it was so easy falling in love to the sound of Matt Simons – were all just having a blast!

The weather was perfect and with music that would entice almost anyone, there was literally no better place to be in Durban than at Parklife.

No worries, Parklife had you covered… everything from food trucks of gourmet burgers, to authentic street style Tandoor wraps, and the new and exciting Eggloo waffles were available.

No worries, Parklife had you covered… there seemed to have been a tasty craft cider in every over 18 year old’s hand.

We were so spoilt for choice at Parklife, so much so that they gave us not only 1 but 2 stages. I’m not sure who came up with the saying “local is lekker” but in terms of music, it was definitely all true at Parklife. Local Durban duo, Dominic Hurd and Jude Kenrick from Easy Freak kicked off the day with their eclectic mix of Pop/Electro/Funk/Soul at the Park stage while Durban’s own Kyle Deutsch and Sketchy Bongo set the lake stage alive. The sweet and shy Matthew Mole grew in confidence as the crowd cheered him on louder and louder, ending with him cooling the crowd down by beating his drum covered in water.

International talent like De Hofnar from the Netherlands, Melvv and Matt Simons from the USA, and finally Gavin James from Ireland flew out to South Africa to provide us with a mix of sexy, pop acoustic, electronic, and house-esque style music.

Just as the sun was starting to set, we were treated to two final BIG names in SA Music, Jeremy Loops serenaded the ladies, while managing to get all the guys dancing to his modern folk sounds. Like a practised performance, the crowd sang word for word while the sky was lit up with giant white balloons passed from person to person.

And then there was one…

I’m not sure if Goodluck closed off the event, or started the after party, but what a vibe! In traditional Goodluck fashion the ever energetic Julz worked every inch of the stage. Not only was their performance pretty much flawless, but it was so nice to see the dynamics of Ben and Matt enjoying every minute in front of the Durban crowd. We definitely have a soft spot in their heart and there is no doubt that you couldn’t see it on their faces.

The memories of that perfect Sunday session will live on for months to come.

Thank you Parklife, until we meet again… 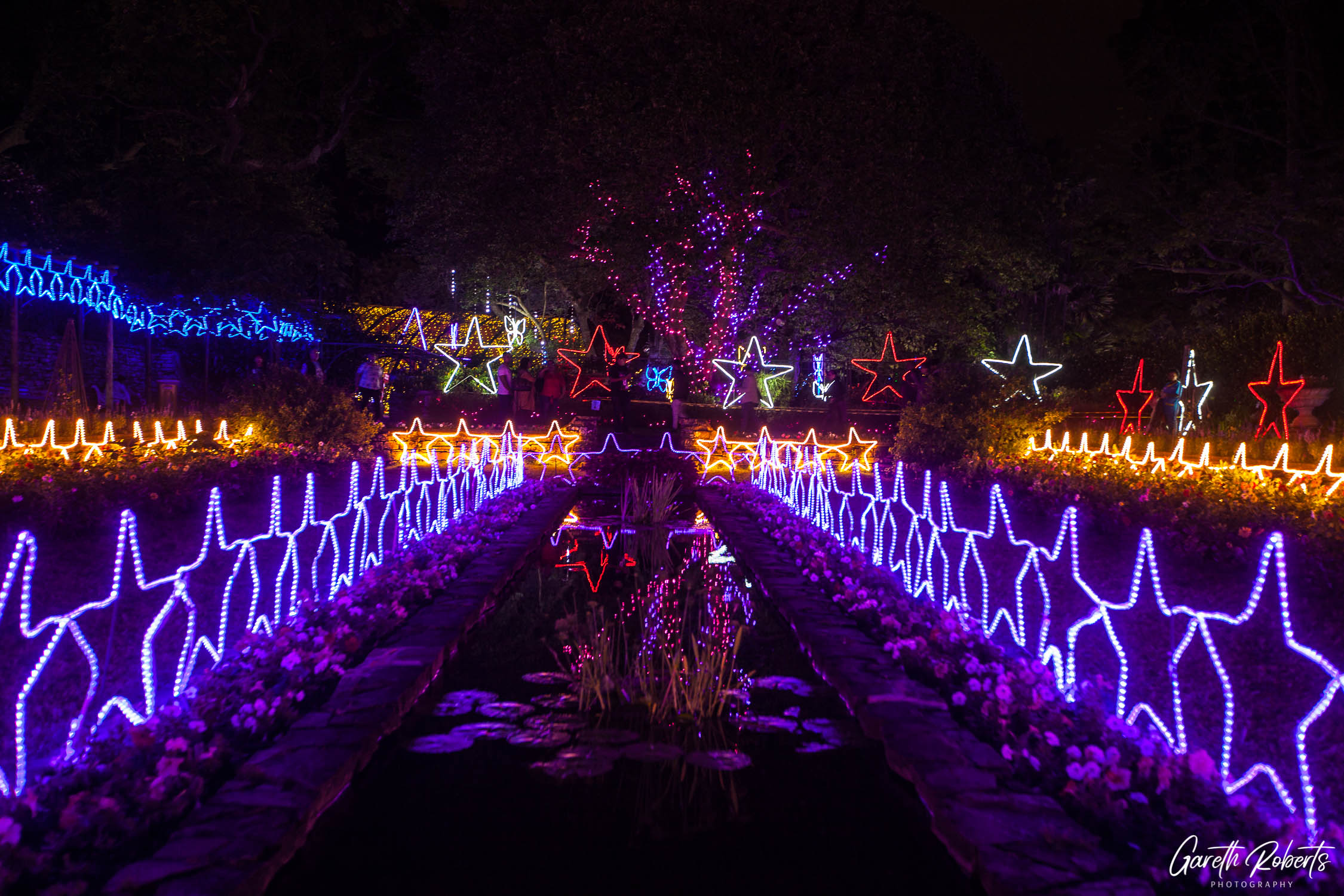 “It has been touch and go as to whether the 2021 event would even be able to take place this year,” says Alene Naidoo, Organiser of The Durban Botanic Gardens Trail of Lights. “Last year was such a disappointment, when we had to close early, due to covid regulations; but we are have received the go-ahead from eThekweni Municipality and barring any major announcements from the President, we are optimistic that the 2021 show WILL go ahead as planned – kicking off on 3 December 2021.  This has been a challenging year in every way and this year’s event offers a celebratory moment for us all.” 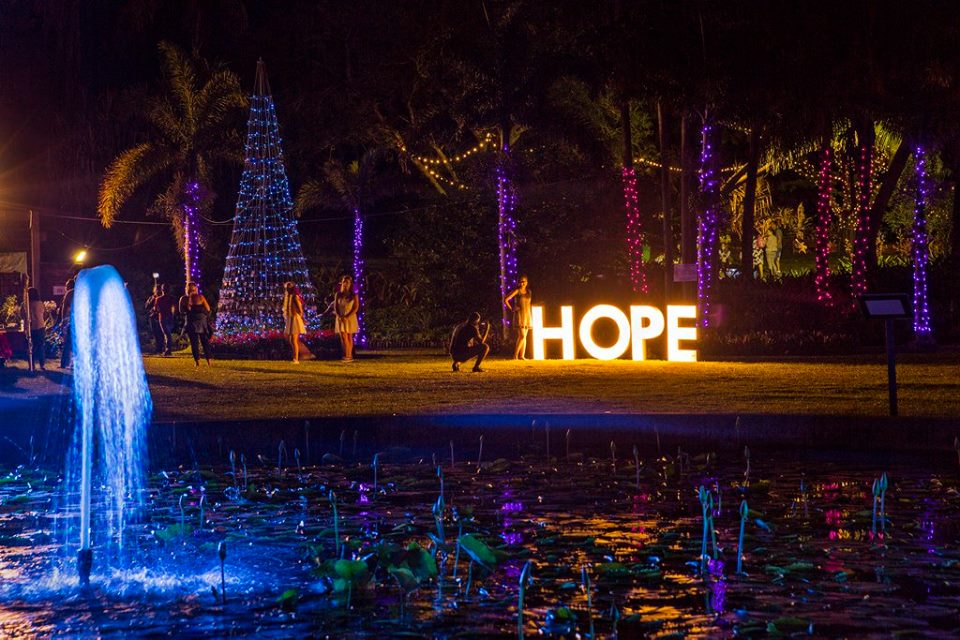 Now in its fifth year, The Trail of Lights is a firm fixture on both the City and the Gardens’ festive season calendar,” says Martin Clement, Curator of the historical Gardens.  “We are grateful that our various media partners including East Coast Radio and Independent on Saturday, have joined with us again to bring Durban’s favourite festive event to as many people as possible. We are all desperate for some year-end relaxation and fun and that’s what you’ll get at The Trail of Lights.”

With the Gardens festooned with thousands of lights, 2021 is sure to delight visitors of all ages, with world class lighting displays, nightly entertainment, charity activations, a food garden and festive characters. 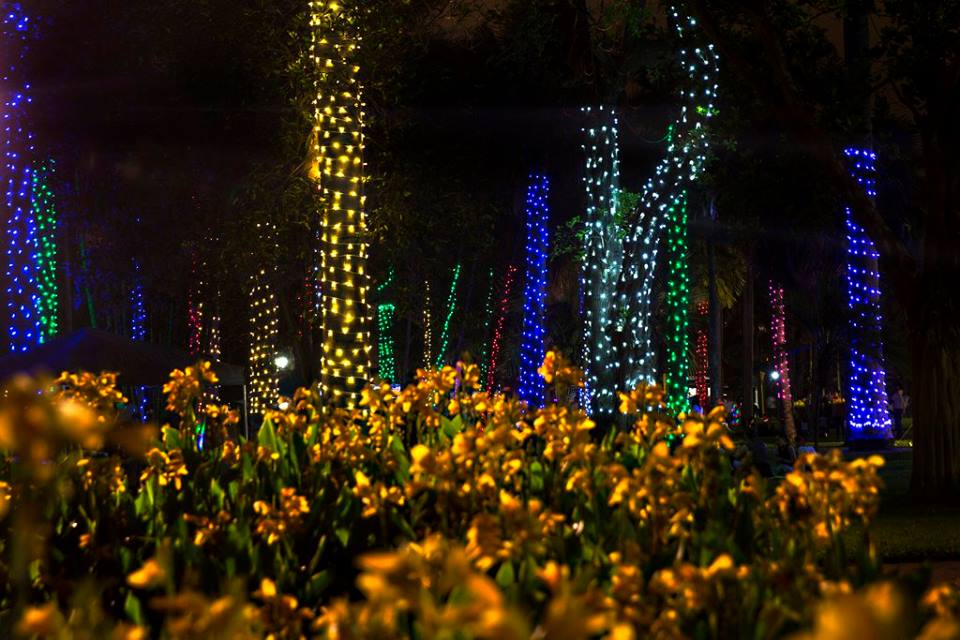 The Trail of Lights will open on 3 December 2021 and run until 2 January 2022.   To meet protocol requirements and ensure the safety of patrons, key operational changes have implemented this year.  Most significantly, the introduction of three entry times at 18:00, 19:00 and 20:00 respectively.  This will allow for social distancing, as families can navigate their way around the trail before the next group arrives. There will be no ticket sales at the door.

The Trail of Lights takes place from 3 December 2021 to the 3 January 2022, excluding Christmas Day, in Africa’s oldest botanical gardens.
Tickets are extremely limited and NO tickets will be available at the door. Children two years and under enter for free.

Tickets are available from www.webtickets.co.za or Pick ‘n Pay. 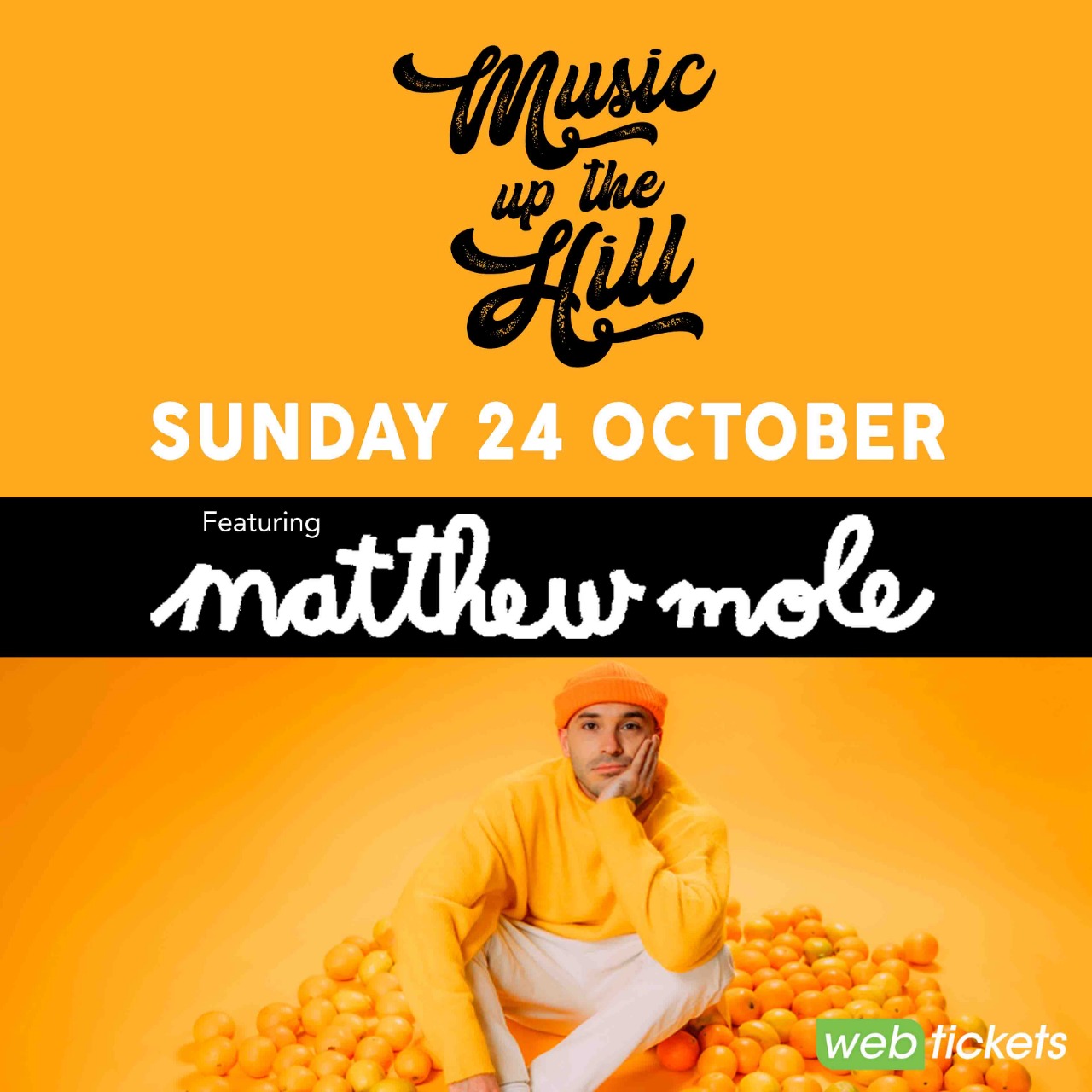 Music up the Hill is happy to be back at The Shongweni Polo Fields this October with Matthew Mole performing live.

Get the family together, grab a picnic blanket and come and join them for a fun day out for everyone.
There will be fully stocked bars with all of your favourite drinks as well as a tantalising selection of food stalls.The day promises to cater for the whole family with Matthew Mole supported by some renowned local musicians all in a picturesque setting.
Covid-19 protocols will be in place to make the event a safe environment for all in attendance with plenty of space for social distancing and sanitising stations. Don’t forget your face masks and personal sanitiser.
TICKETS:
– R200
– No own food or drink allowed.
– No weapons or illegal substances.
– Right of admission is reserved.
– Participation in this event is entirely at your own risk.Buy your tickets here. 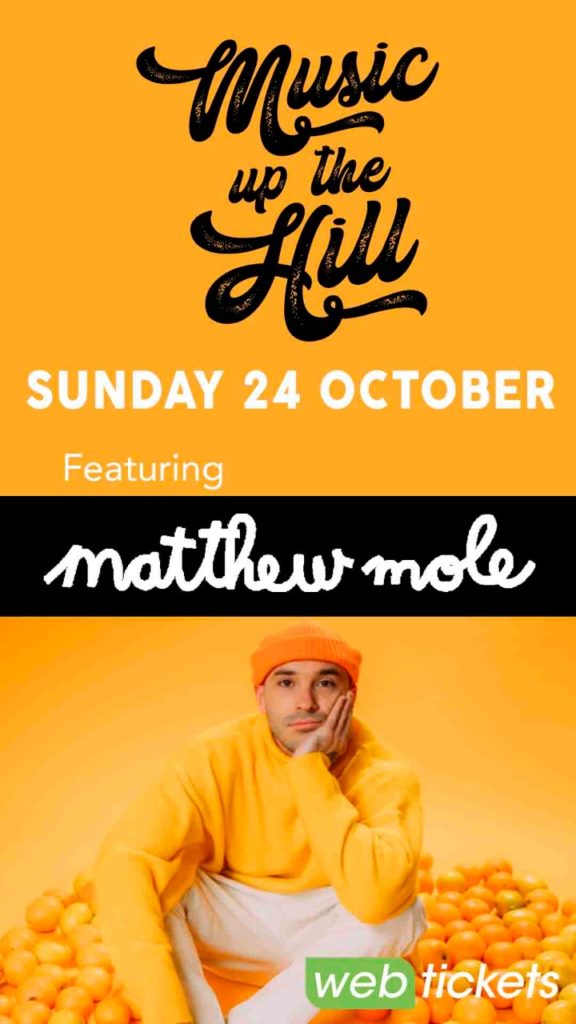 Let the good times be”GIN” with Old Town Italy & Malfy Gin, presenting you with the ultimate High G&T experience at all their stores the second Sunday of every month.

Ladies, this is an afternoon for you & the girls, by celebrating your bachelorette, kitchen tea, birthday or any special occasion! 🎀

Get ready to be taken on a G&T journey. Enjoy a complimentary Malfy Gin & Tonic and enjoy their selection of High Tea Treats for your friends to share.
Old Town Italy have a lineup of soulful live entertainment at each store that will keep you grooving into the evening 🎷 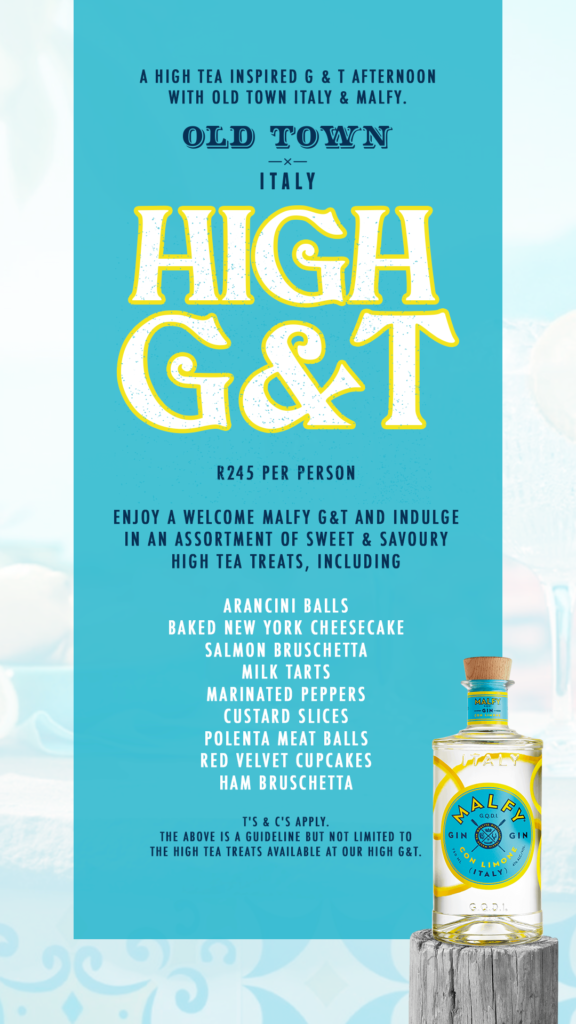