Expect a weekend of portside fun when the Durban Port Festival makes a welcome return to the city from 18 to 19 June, incorporating the South African Navy’s World Hydrography Day celebrations which kick off earlier that week. This is the first port festival to be held in Durban in more than a decade and part of Transnet National Ports Authority’s (TNPA) efforts to reconnect communities with the ports.

Free activities lined up so far for all ages include tours of South African Navy ships, tugboat rides, a careers exhibition focusing on maritime vocations, a special kids’ zone, live entertainment and an array of other waterside and landside activities. There will also be a craft market and food stalls where goodies can be purchased from local stallholders. Activities will take place around Wilson’s Wharf and the Durban passenger terminal’s N-shed.

TNPA’s Durban Port Manager, Moshe Motlohi, said the idea behind the port festivals is to bring communities closer to the ports – something which has been restricted since the advent of the global ISPS code of safety and security for ports.

“We as the port authority are compelled to ensure that the ports offer positive and sustainable spin-offs to their surrounding communities. The port festivals are a workable solution to make our ports more community friendly and to expose the public to the opportunities available in this sector through a range of edu-tainment activities,” he said.

So far East London, Richards Bay and Cape Town have all held successful port festival relaunches – and now it is the turn of the country’s largest and busiest commercial port.

The Durban Port Festival will run alongside the South African Navy’s World Hydrography Day (WHD) celebrations in and around the port city from 17 to 19 June, although the official WHD date globally is 21 June. World Hydrography Day highlights the important role that the South African Navy plays by ensuring safe navigation for ships, however for practical reasons the SA Navy will host its activities from 17 to 19 June 2016.

The most popular attraction will undoubtedly be the opening of SA Navy ships to the public on the weekend of 18 and 19 June. This is the chance for the public – including kids – to board real-life navy vessels such as SAS PROTEA and SAS DRAKENSBERG, and possibly Offshore Patrol Vessels that may be stationed in the Port of Durban.

The Navy’s plans also include a free SA Navy Band gala performance at the City Hall on Friday, 17 June and a march through the streets of Durban on the morning of Saturday, 18 June, including a 96 person Guard of Honour accompanied by the SA Navy Band.

TNPA Chief Executive Richard Vallihu said TNPA and Transnet had several initiatives in place to explore how to reconnect the ports with the people.

“For example, a key aspect of the Transnet Market Demand Strategy is that of uplifting our communities and developing requisite mission critical skills to take this country’s ports to another level,” he said. “There is also the government’s Operation Phakisa: Oceans Economy initiative in which we are playing a crucial role in ensuring that we can unlock the tremendous potential of the oceans as a driver of job creation and economic growth. In all its ports TNPA is now actively developing the concept of ‘smart people’s ports’ with a focus on community development, tourism, leisure, recreation, career and business opportunities and community engagement.”

Entry to the Durban Port Festival and the SA Navy’s World Hydrography Day activities will be FREE and suitable for the whole family.

Watch the press and social media for further details. The Durban Port Festival’s Facebook event page can be found at http://ow.ly/LAad300DKKl or follow #DurbanPortFestival for the latest information. 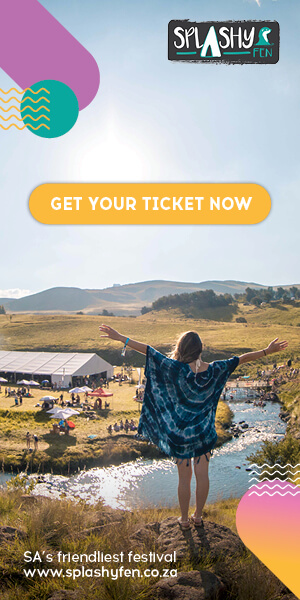