Lionel Richie had us wanting to party all night long!

I had the privileged of attending the Lionel Richie concert held at Moses Mabida stadium on Sunday the 13th March (Disclosure: this was my first time entering MMS and I was pleasantly surprised – it really is one of the most beautiful landmarks in Durban.) After taking in all that the MMS is, getting to our seats and after opening act Zonke, we were welcomed by the one and only… Mr. Lionel Richie.

“Hello, is it me you’re looking for?” he asked. And the crowd.went.wild!

From that very first moment the tone of the evening was set, we knew we were in for a great night.

Lionel’s interaction with the crowd was awesome, many artists I have seen perform live come on stage, do their thing and leave, but not Lionel. He took the time to speak to us between songs which made the entire concert that much more intimate, he showed his funny side by imitating some “interesting” dance moves he was witnessing from the front row, he even took some time out to pose for some selfies, all while encouraging the crowd to dance and sing along!

He described the three groups of people that were present that evening:

He described the situation where you had just broken up with your partner and devastated you run home in tears, grab your CD (your record, your cassette tape, your 8 track…) and you call, Lionel Richie! He would then entertain us with a series of songs that would us help us though this difficult situation.

He repeated several different scenarios and gave the same advice of running home to grab your CD (your record, your cassette tape, your 8 track…) by this time the whole audience were finishing off his sentences and screaming, “LIONEL RICHIE!” He very smoothly replied, “Damn right you do.”

One of my highlights was after announcing that he couldn’t get Diana Ross to join him on his tour he suggested that; “you be Ms. Ross and I’ll be me,” and together we sang My Endless Love…

The stadium as a venue was great; the cool breeze running through was much needed, due to all the dancing and singing. Although the stadium is huge, the design of the interior doesn’t make it feel disconnected; even with thousands of people at the concert, it still felt like an intimate affair.  The band was equally entertaining especially the very talented saxophonist who, at one point was even playing while lying down!

Lionel Richie himself has a charisma that is infectious… everyone was feeding off of his energy, making it one of the best concerts I’ve been to! The last song of the night was a tribute to the song Lionel had written with the late Michael Jackson, We Are the World… the stadium was filled with electricity, everyone singing together in perfect harmony. On the walk to the parking lot when leaving the stadium, everyone started up singing again, We Are the World…

The atmosphere was truly remarkable, everyone left in a good mood and feeling enthusiastic. Don’t be alarmed if you missed the concert, he assured us that he would be returning to Durban and soon and we hope that Big Concerts can make this happen for us!

THE REVIVAL BRINGS BACK THE GOOD SPLASHY FEN VIBES 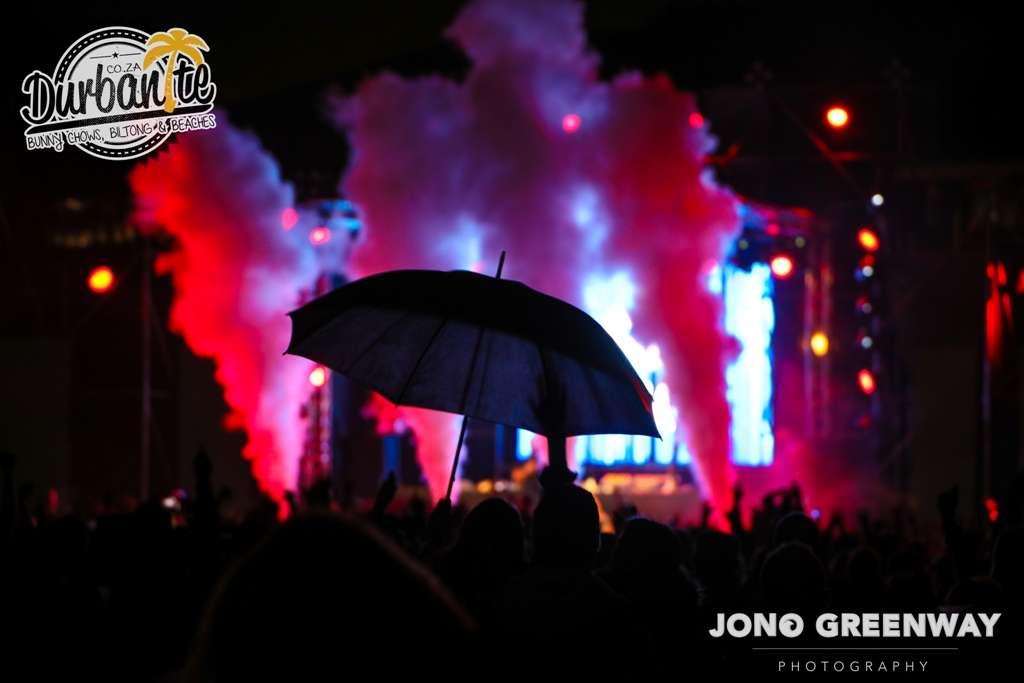 Durban has a history of attracting rain when big live events happen, and thankfully on Friday night at Botanic Gardens, this did not deter the few thousand people that turned up to see Goldfish in the slightest.

Knowing it was going to be a bigger event they made the smart move of having the concert on the field next to the actual gardens, and thankfully so because of the wet conditions. It is lovely seeing bands perform amongst the trees next to the lake, but when you know you are going to have a huge crowd that Goldfish pull it’s an all round better experience that means everybody who comes gets a great view of the performance.

The rain was always going to be a feature of the event, but thankfully it only rained as Goldfish started and then stayed dry for most of their performance, with most people happily dancing in the rain barely even noticing it. Some of my most memorable concerts I have been to are actually the ones where it has rained, maybe the performers put in a bit extra effort knowing that the people really want to be there and see them, even if it is raining.

And a performance it was. Goldfish never disappoint. They are masters of getting a crowd going, even if it is a cold rainy night in Durban. Despite being at it for many years now they thrive on the crowd interaction and still do such a great job of ensuring everybody who comes to watch them has a great time. 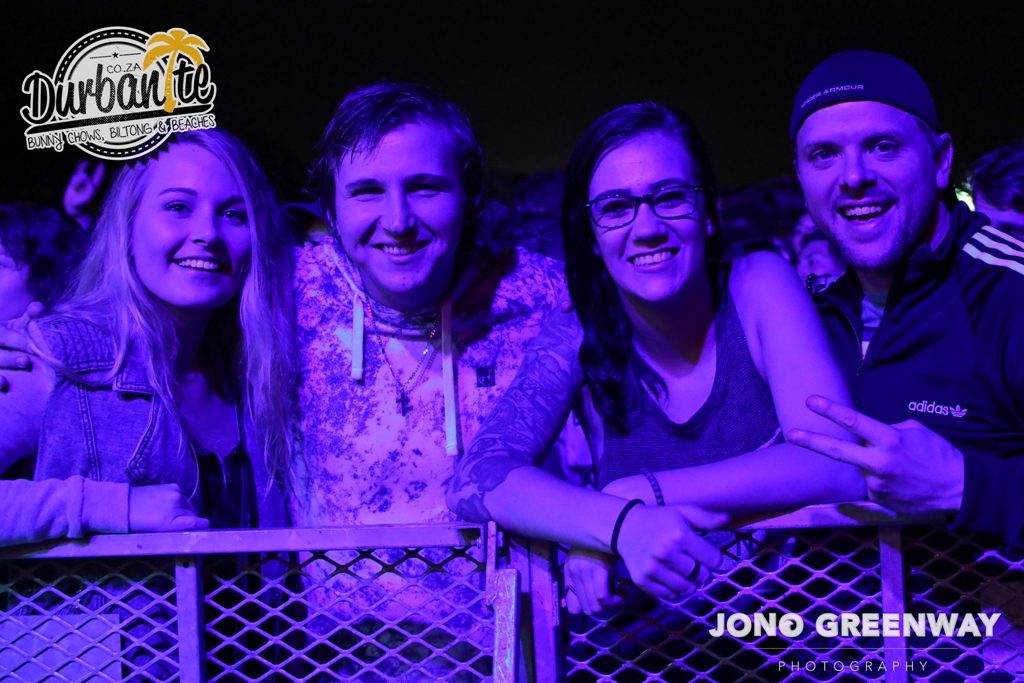 Their second song “We Come Together” really summed up the night, the lyrics really rang true:
Oh, oh, when we come together
No matter the weather
We gonna love each other till the end of time (whoa, oh, oh)

If we all went through life with this attitude we might always have a good time, rain or shine.

Want to get to know the duo better? Check out the short Q&A sesh we did with Goldfish a few years ago. 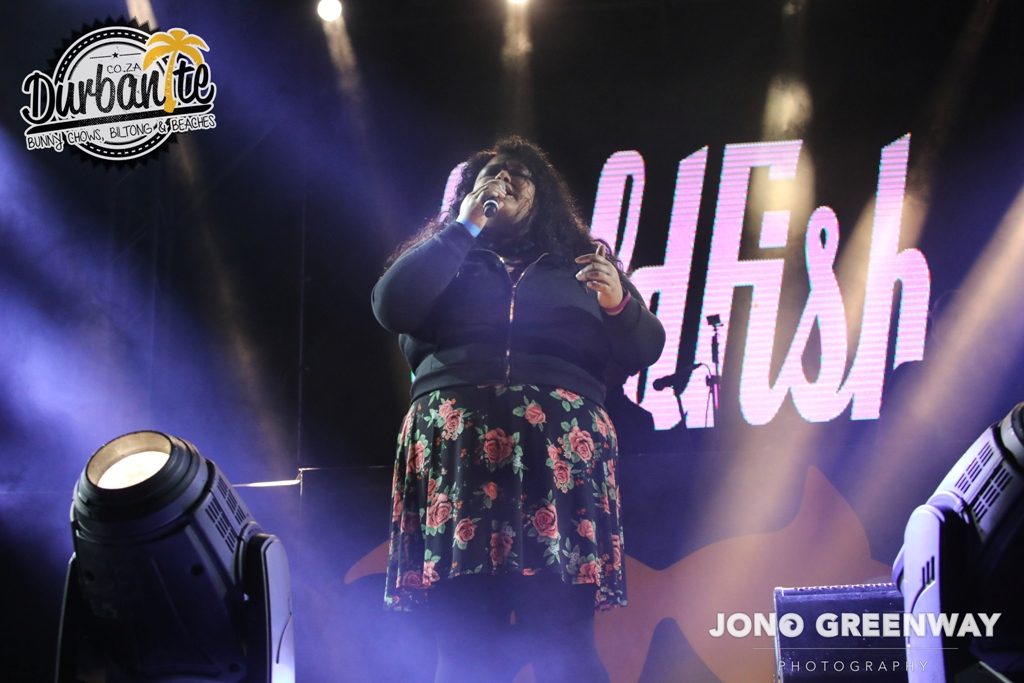 TOURIST IN OUR OWN CITY: HILTON DURBAN

Durbanite recently had the pleasure of staying at the Hilton Durban. We submersed ourselves in the thought of being a tourist in our own city for the weekend.

The Hilton Durban welcomed ‘the hubster’ and I with warm lighting, open spaces, charming ocean-inspired décor and welcoming smiles! The staff were fantastic and after a quick check-in it was up to the 14th floor we went.

We had arrived at our room – our weekend of rest and relaxation had officially begun! 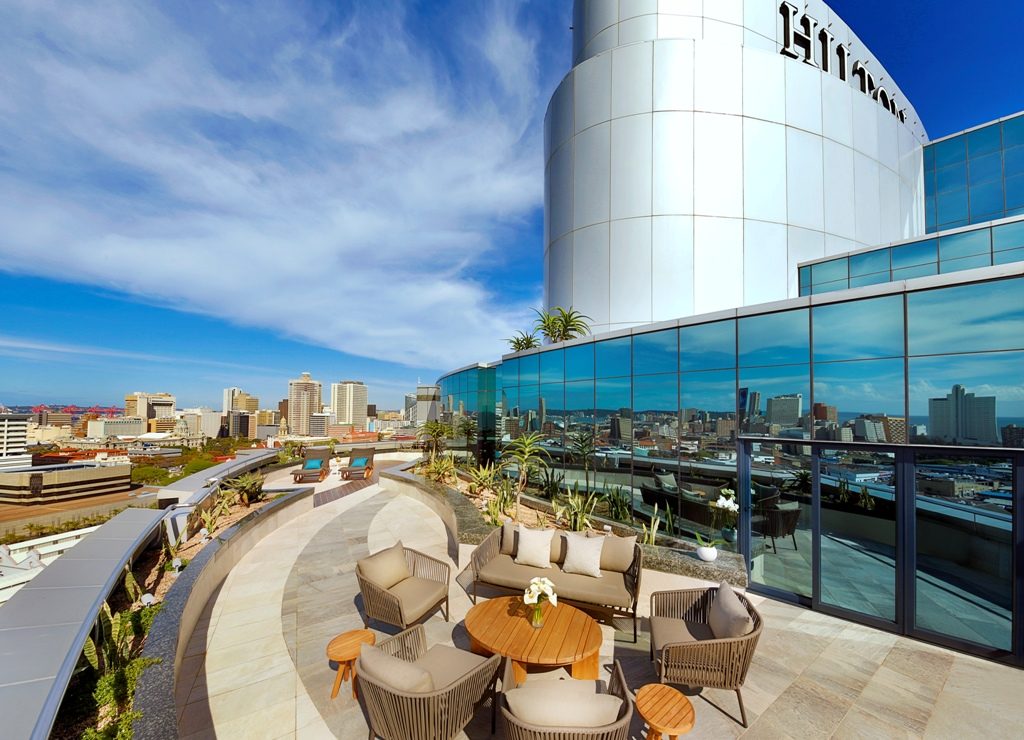 Let’s be honest, sometimes what you see isn’t always what you get but I can happily confirm that in the case of the Hilton Durban, this certainly is the case and the expected level of luxury and comfort was met. We were booked into the King Executive Suite with Business Lounge Access.

Three things that stood out:

The Executive Suite has everything you need for a weekend away. Coffee and tea station for a morning cuppa while you wake-up and soak-up the city or sea views. A comfy lounge with TV which is separate from the main room and en-suite bathroom. This room is only missing the kitchen… but with two fantastic restaurants a stone’s throw away, who needs to cook!

The room was clean, spacious, comfortable and homey with the ocean theme continuing in the gorgeous wall art.

With complimentary continental breakfast, refreshments, snacks and fresh fruit available throughout the day – it is a wonder anyone would ever want or need to leave the Hilton Durban!

We popped into the lounge for breakfast and found the intimate buffet setting to be a delight! If you are able to upgrade to Business Lounge access during your stay at the Hilton Durban, you wont be disappointed.

High Tea – The Coral Lounge in the Lobby

Set in the center of the lobby, seated on comfy lounge-style chairs (with coral inspired room dividers) the girls and I were able to relax, enjoy and indulge over some much needed QT.

The chocolate fountain with strawberries for dipping was exciting and went down like a treat!

I find that often the savory is overlooked but not in the case of the Hilton Durban. Each delight was carefully thought out and prepared. The overall balance between sweet and savory was fantastic.

The Hilton Durban offers two exceptional dining experiences, be sure to check out our reviews of Vasco’s Restaurant and the Big Easy!

Planning a trip to Durban and not sure where to stay?

A Durbanite looking for something new to do?

A foodie or wine lover looking to expand your horizons?

Then look no further and hook yourself up with a stay or visit to the Hilton Durban!

If you are looking for things to do during your stay at the Hilton Durban in and around KZN, check out this list of 20 things to do!

If you didn’t make it to Nitro Circus this year you really missed out! Here is what you missed out on.
Photos by: Nick Ferreira / Instagram: the.travelling.lens